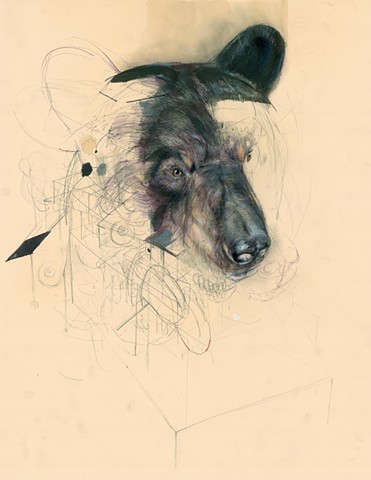 Douglas Miller is a professional artist whose drawings are exhibited regionally and in galleries across the United States. Among other awards, he has received the Al Smith Individual Artist Fellowship from the KY Arts Council and the National Endowment for the Arts. Additionally, Douglas does freelance illustrations as well as private and corporate commissions. His artwork is in the collection of the Evansville Museum of Arts and Science, the University of Louisville, the Speed School of Engineering, and numerous private collections around the world. Douglas lives and works in Louisville, Kentucky.

Exhibition at Blue Spiral One in Asheville, NC. November 2016- January 2017

Honored to have been awarded the Al Smith Fellowship for visual arts from the Kentucky Arts Council and the National Endowment for the Arts. This is the largest award to an individual artist in the state of Kentucky.

Exhibiting at Metro Hall in Louisville, KY. as a part of the Yes! Fest! "Year of Sustainability" July 2015 through Dec. 2015.

Honored to have won the First-Place Prize in the Annual Mazin Exhibition!

Exhibiting at Antler Gallery in the group show "Revolver" Portland, OR. February 2014

The wonderful Australian magazine "Frankie" has interviewed me. You may read it here...www.frankie.com.au/blogs/art/artist-int…

Thank you Louisville for voting me "Best Visual Artist" in the 2013 LEO Reader's Choice awards.

Louisville's "The Paper" has interviewed me, read here: www.thelouisvillepaper.com/2012/09/08/a…

The Beautiful People Project has interviewed a humbled yours truly. Read here... www.thebeautifulpeopleproject.com/2012/…

CLICK THE LINK BELOW TO SEE PHOTOS OF DOUGLAS MILLER'S SOLO EXHIBIT AT THE PATIO GALLERY... www.facebook.com/media/set/?set=a.27958…